Eric A. Nichol Elected to National Academy of Construction 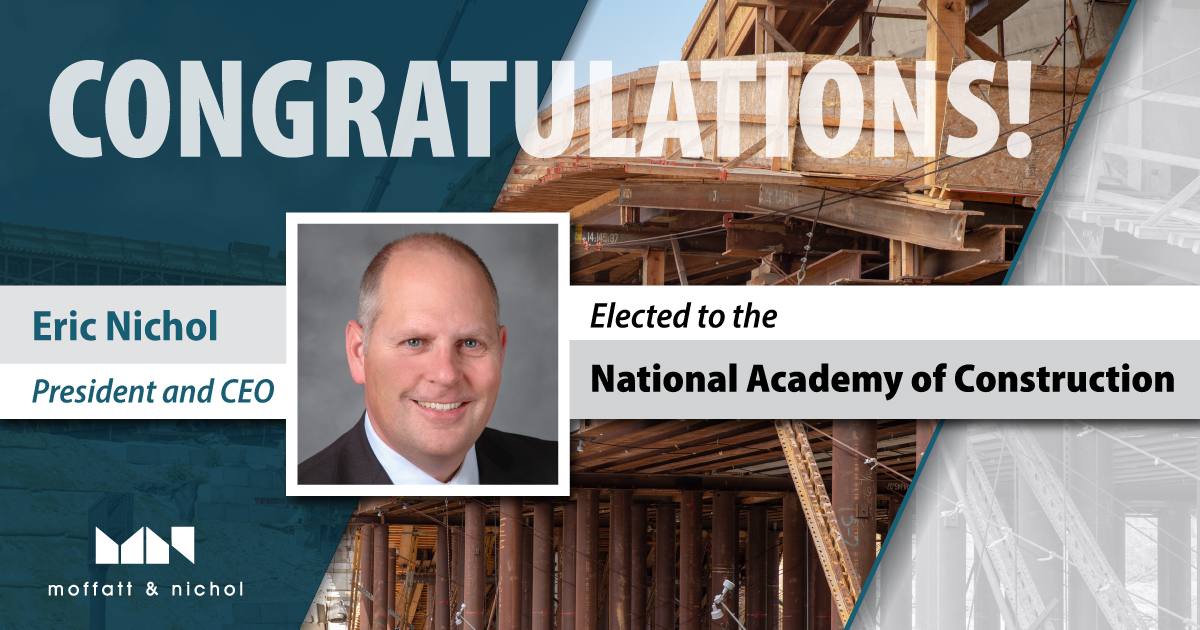 The National Academy of Construction has elected Eric A. Nichol, president, CEO, and chairman of the board of directors of Moffatt & Nichol as a member of its class of 2021. He will be formally inducted October 21 during the NAC annual meeting.

In electing Eric, NAC cited him as an “innovative executive leader with expert knowledge in seismic and structural analysis of waterfront designs with vast experience in public-private, governmental, and professional organizations.”

General Secretary of the Academy Wayne Crew said, “Eric Nichol is a most deserving new member. His contributions in earthquake engineering, seismic projects, bridge design, and maritime facilities are only part of his international influence. We welcome him.”

Election criteria for NAC is rigorous: leadership, exceptional service, a continued commitment to contributing to the practice, past recognition by peers for innovation, and being recognized as “best of the best.”

In 1993, he returned to the U.S. and was involved in seismic retrofit projects in Southern California. He also helped with bridge design projects for the Virginia Department of Transportation. Eric expanded his experience soon after with maritime and waterfront facilities along the East Coast and in the United Arab Emirates. Returning to Southern California in the early 2000s, he helped the company continue to grow. Since being elected president of the firm in 2006, Moffatt & Nichol has tripled in size.

The National Academy of Construction, established in 1999, is an organization of industry leaders that recognizes those who have made outstanding, life-long contributions to the design and construction industry.